The Utopia Fair showcased creative outcomes from 25 AHRC-funded projects alongside 10 additional initiatives that were hand-selected by Somerset House. All these projects worked to bring together local community groups, researchers, activists and artists across the UK to explore how utopian ideals can be used to benefit the environmental and social future of our communities.

At the Fair we shared the visions of utopias created during the Dreaming and Prototyping events with people in Bow, and invited visitors to reflect on those visions and dream about the future of their own places using similar materials.
A film conveying the activities, dreams and reflections of those who took part in the activities was shown inside Somerset House. You can view it here:
​
​Our stall showcased the generated voices, stories, artefacts, drawings, models and prototypes. It also offered a space for people to contribute their own visions of utopias for places around the world. Participants created a collective, diverse and colourful Big Wide World of Utopias, thinking about the very notion of utopia, their own place and relationships with others, and ideas that can make our places better. 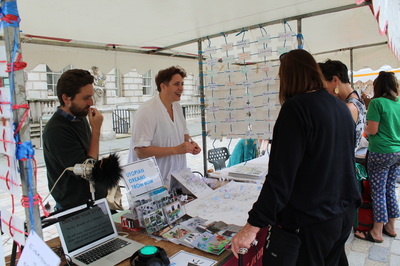 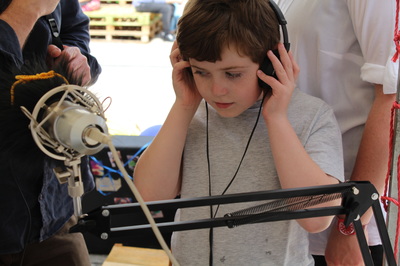 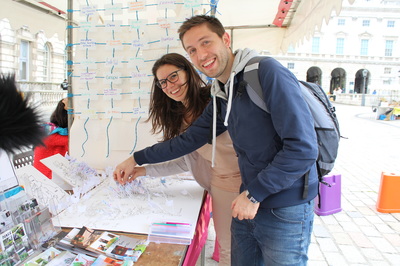 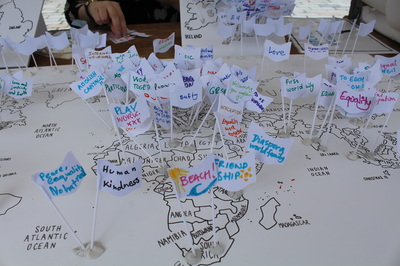 ​Our key creative engagement activity was a 'magic box', a big suitcase containing arts and crafts materials enabling people to draw and make prototypes. An idea generated at the prototyping workshop, the box was particularly popular with young people, families, and children, and became a vehicle not only for the creation of visual representations of utopias, but also for in-depth discussions and exchanges. 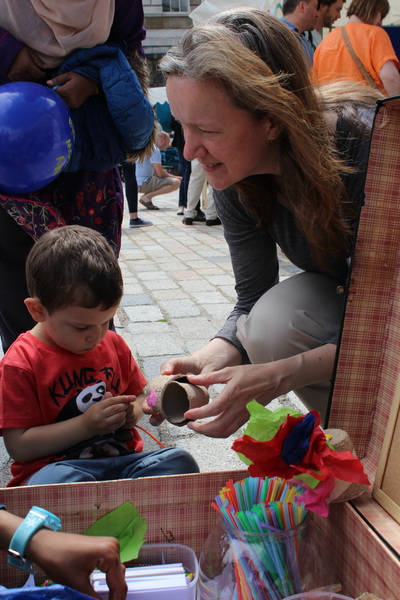 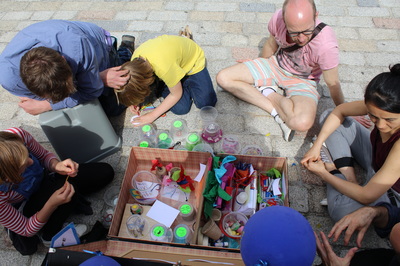 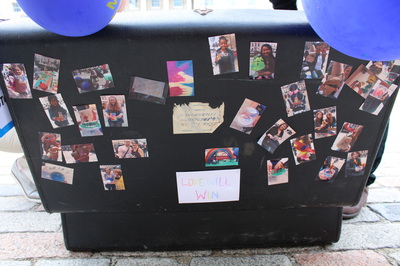 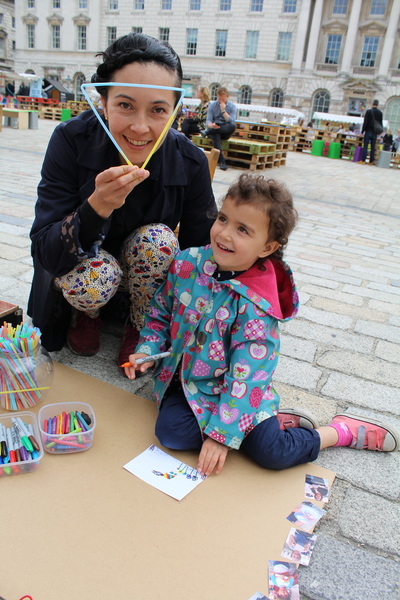 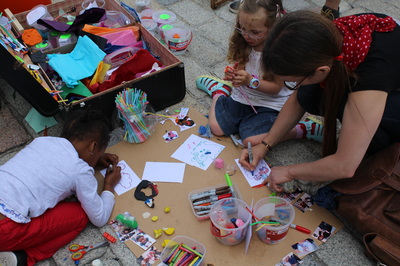 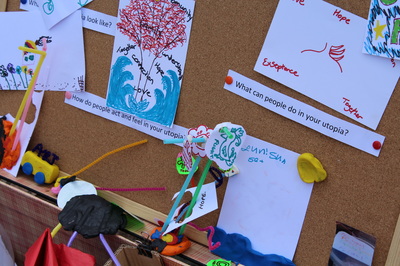 ​The event was led by the Prototyping Utopias project team: Katerina Alexiou and Theodore Zamenopoulos from the Open University; and Louise Dredge and Sophia de Sousa from The Glass-House Community Led Design﻿​. The activities were organised and delivered with the help of artists Simon Daw and Paul Burgess. Many thanks to Vera Hale and Ruchit Purohit for lending a helping hand at the stall and to all the visitors of the Utopia Fair who shared their visions.
Powered by